Reality does not exist in a vacuum, it is shaped by desires, confabulations, ideology and art. Is there a reality beyond our minds? Is the world like it seems to be? The borders of reality are vague, its attractiveness is doubtful and its essence is elusive. May it be that we live in a simulation?

On September 11th, 2006 Spiegel-Online stated: “Lonelygirl15 is fake. Three days after that Stern magazine also announced in its online edition: “Lonelygirl15 exposed!” The headlines said: “Lonelygirl15 told about her teenager challenges and troubles in front of the camera for several months”. The YouTube star was revealed to be a project by three young filmmakers. At 8:53 pm on September 19th, 2006 the section “Truthfulness” was added to YouTube’s article on Wikipedia. This revolutionized the concept of authenticity and reality in the media, art and sociology.

Any “created” item (description, image, movie or computer game) is considered realistic when it reproduces the characteristics of reality depicted in various ways without distortion. But can one trust reality? How real is the real?

Post-truth, “alternative truth”, fake news, thousands of accounts of non-existent or virtual people – we are surrounded by simulacra. We build up a virtual reality and illusions, capitulating to the reality. The “alternate reality” changes us forever. Make-believe events generate actual experience and real memories of things that had never existed. They penetrate the stories we tell ourselves about who we are. Are those stories true or fake? Both, most probably. Any experience is subjective and objective at the same time. And events in the outer world take the shape of experience for us.

When assessing the “starting points”, we find that neither can be confirmed, being based on more or less credible interpretations of our consciousness or our beliefs about the world, with any statement becoming metaphysics.

The Construction Festival V: Reality exhibition was supported by artist talks and an educational program. “Reality” was accommodated by Artsvit Contemporary Art Gallery. 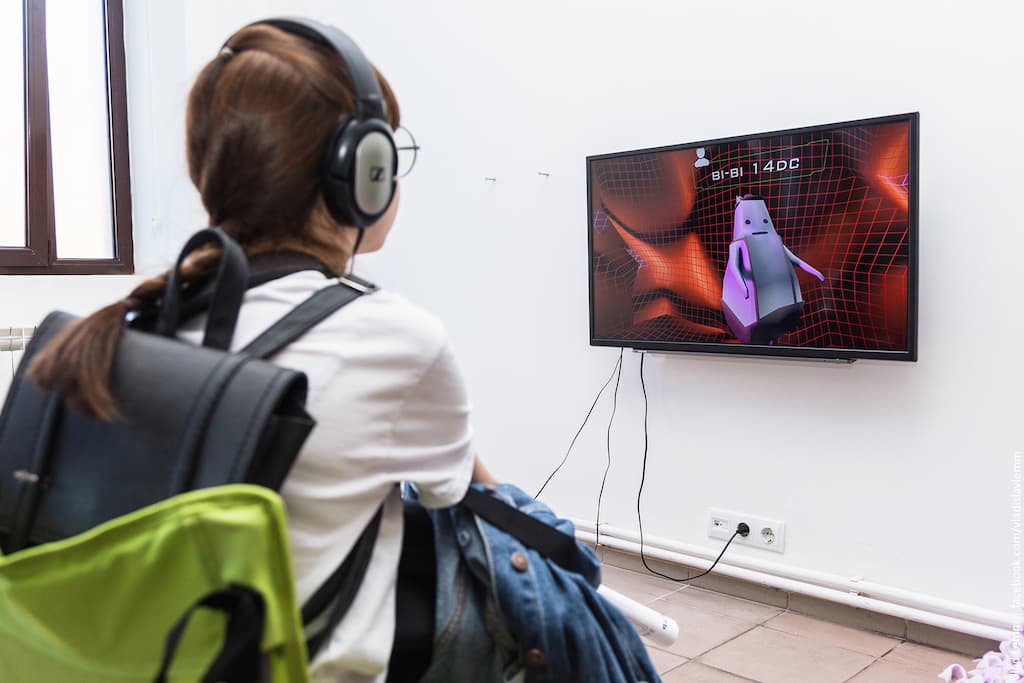